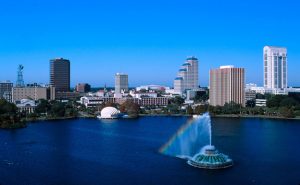 The WYNDHAM Hotel, Lake Buena Vista, FL was our headquarters for the 2013 reunion and awards banquet. We had $89 run of the house room rates effective 20-30 Sept. Traditional room rates for this timeframe were over $149. Government rate was $97.  $16 Resort fee was waived. Complimentary wireless internet in guest rooms. $10 self-parking fee was reduced to $6/night, but wasn’t charged. 10% food vouchers were provided. 17 miles from the Orlando International Airport.

We had a smaller turnout this year due to the economy and sequestration which prohibited the active/reserve Marine Corps and Navy units from using their funds to support TAD of the award recipients. 3 active duty MCEA and 2 SAME award recipients attended at their own expense, with banquet fees and hotel costs covered by the Society of American Military Engineers! For the first time since 2002, we had an award recipient who was killed in action and we invited the widow, mother and aunt of LCpl. Steven Stevens.  The widow was unable to attend but the mother and aunt accepted Steven’s posthumous award. Their expenses were paid by our Assistance Fund.

Wednesday night reception 25 Sept, 1900-2200; We tried something different this year since we never seem to get the type and amount of food just right. We had no food! Just a cash bar, therefore, there was no registration fee! Drawing at 2000.  64 attendees. We did not make the minimum receipts from the bar so that cost plus other related expenses, net loss of $273.50

Thursday night banquet 26 Sept, 1800-2130: 1800 cocktails. 1900-Buffet Dinner with 2 entrees at $55/person. 91 in attendance. General Fund paid for our Guest of Honor, Major General Beydler and his wife to attend plus one night at the hotel since they drove from Tampa to be with us.  Door prizes were held as we were finishing our dinner and before the start of the program. And following the program, we conducted an auction of items obtained by our fundraiser of the year, John Workman. The proceeds of $755 and $1,200 direct donations all went to our Engineer Monument Fund.  Loss of $1404.73

Significantly higher Audio/Visual costs ($1812.51) due to needing a special system to support Boyd, Johnson and Marapoti’s briefings and input to the biz mtg.  In the past, we’ve had HQMC LPE rep and MCES rep on site, but due to sequestration and prohibition of use of TAD funds, they were prohibited from attending.  Normal A/V costs are $200-$300. This additional cost was not known when we established the registration and event fees, which explains why the total fees didn’t cover most or all of the expenses.

The lower attendance means fewer bodies to spread other fixed costs over. Additionally, having to make multiple shipments of smaller numbers of plaques and shirts to a variety of locations cost significantly more than one large shipment.

However, bottom line is, as it has so often been, that our Corporate Sponsors continue to cover the shortfall and MCEA stays in the black.